US Supreme Court: “Children’s Reports of Child Abuse are Non-Testimonial and Not Subject to Confrontation.” 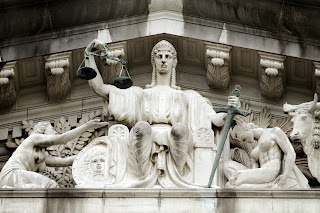 On June 18, 2015, the Supreme Court of the United States decided the case of Ohio v. Clark.  Because this case has implications for attorneys practicing child welfare law, Grant Dickinson of the PDA has created the following summary:

Clark had sent his girlfriend away to prostitute and while she was gone cared for her young children. Her son reported to a teacher that Clark had abused him. At trial Clark unsuccessfully sought to exclude the child’s statements to the teacher because the admission of the statement violated his right confront the witness against him. The trial court denied his motion and he was convicted. The Ohio state Supreme Court reversed the conviction. Ohio appealed.

The Supreme Court reversed the ruling of the Ohio Supreme Court finding that the child’s statements to the teacher were not testimonial in nature and the primary purpose of the communication was not to establish or prove past events for later prosecution; therefore not subject to the confrontation clause of the sixth amendment. This was reinforced by the ongoing emergency perceived by school employees and whether they could release the child to Clark at the end of the day. The Court further stated, “statements by very young children will rarely, if ever, implicate the Confrontation Clause.”

How this applies to child welfare. We are often confronted with statements of children being used against our clients. This newest ruling weakens our grasp at the confrontation clause as a way to exclude such statements. This case coupled with Utah statute U.C.A. 78A-6-115(6), which allows for child’s statements to trusted adults as exceptions to the prohibition against hearsay, limit our ability to cross examine children thus allowing children’s hearsay statements as testimony to be used against our clients.

Full Opinion Available at http://www.supremecourt.gov/opinions/14pdf/13-1352_ed9l.pdf
Posted by Unknown at 9:58 AM No comments:

On Friday, June 5, 2015, we held the screening of the documentary film Tough Love at the Gateway Theaters in downtown Salt Lake.  In attendance was the filmmaker Stephanie Wang-Breal and Retired Judge Patricia Clark from Seattle, Washington who appears in the film.  They offered great insight and advice on how to improve the experiences of families in juvenile court. We have received great feedback from the event.  One attorney even told us that every judge, AG and GAL needs to watch the film!  We feel the same.

There are two upcoming opportunities to see the film.

On August 31 - September 1, 2015
during the Court Improvement Skills Training

You can find a discussion guide for the film HERE.
Posted by Unknown at 9:13 AM No comments: